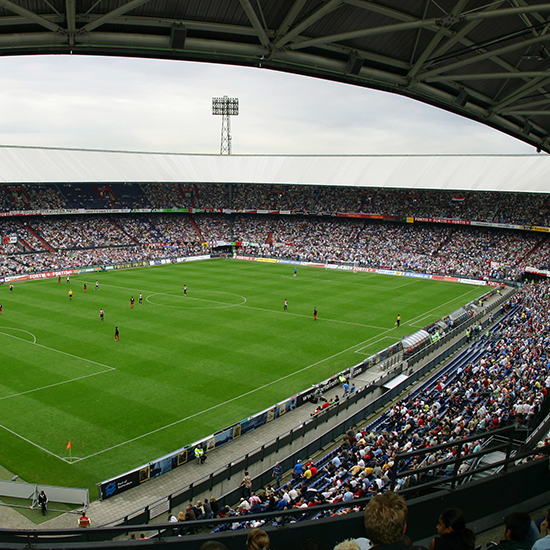 Stadion Feijenoord is more commonly known by its nickname De Kuip (in English: the Tub). The stadium’s was completed in 1937 with an original capacity of 64,000. In 1949, it was expanded to 69,000, and in 1994 it was converted to a 51,117-seat all-seater. In 1999, a significant amount of restoration and interior work took place at the stadium prior to its use as a venue in the UEFA Euro 2000 tournament, although capacity was largely unaffected.